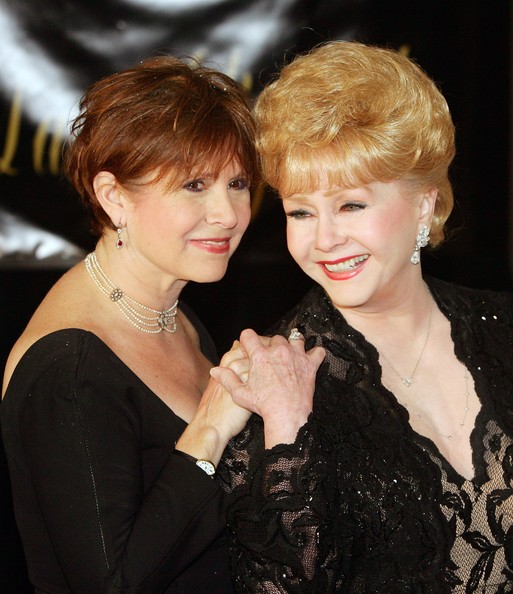 When I found out about Carrie Fisher’s death yesterday; just like a lot of people out there: I cried.  I felt like someone very close and dear to me had left and I mourned.  But I also thought about her mother Debbie Reynolds.  I knew that she was suffering more than anybody else.

To outlive your child is the worst nightmare for a parent.  So when the news about her demise was announced earlier today; I could understand why she couldn’t stand being away from her beloved daughter.  A mother knows how strong is the bond between herself and her child.  It’s stronger than death itself.  It can be said that she was heartbroken or that she had a condition which she never treated and the stress of the moment just triggered that physical response.

I admire those women who lose kids and keep living on.  I know that their lives are not the same but they are strong willed and keep the memory of their children alive with them.  I don’t know if I could outlive my daughter if she dies before me.  I hope I never do and I pray that nobody else has to go through such horrible experience.

I pray for everybody that has lost a loved one during this past year. We lost our grandmother and one of our dear uncles last October.  May God give peace and strength to all who mourn today.   RIP Carrie Fisher & Debbie Reynolds.

Love is stronger than death…